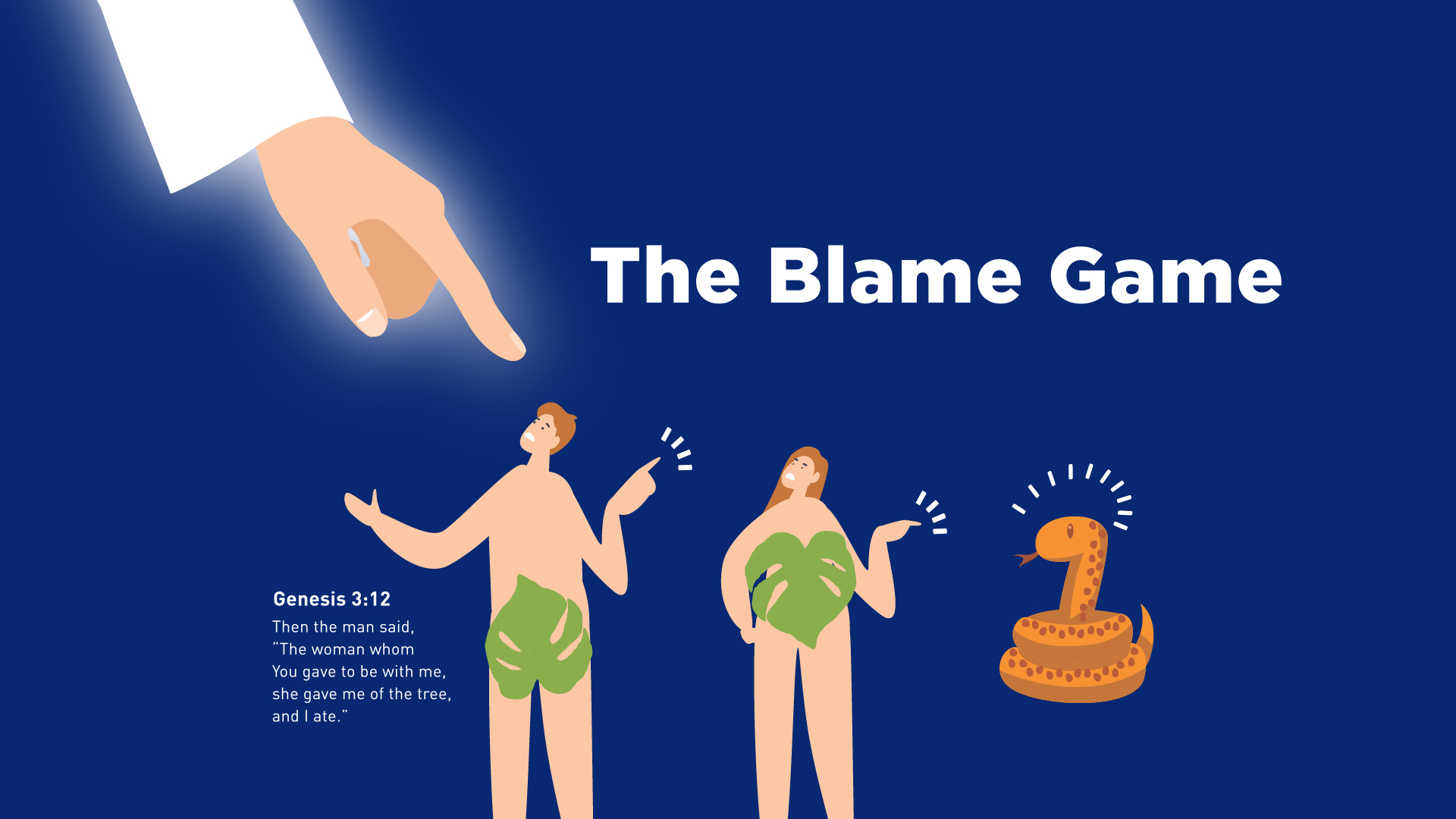 Have you ever wondered where man’s propensity to point the finger of blame has its origins? God was confronting Adam and Eve after they partook of the forbidden fruit. Did Adam do the right thing and assume responsibility? No, he sought to blame his wife for giving the fruit. Adam did not stop there, he also blamed God for giving him Eve. Nearly 6000 years later we see not much has changed. When something goes wrong, the blame game comes into play.

Satan is the ultimate accuser

Then I heard a loud voice saying in heaven, “Now salvation, and strength, and the kingdom of our God, and the power of His Christ have come, for the accuser of our brethren, who accused them before our God day and night, has been cast down (Revelation 12:10).

Satan not only accuses man before the throne of God, he also accuses God as being unfair (Job 1:9-11). Man quickly assumed this nature as a result of the fall.

Take a good look at today’s world situation! When the murder rate increases it becomes easy to blame the guns and weapons instead of seeking to get to the root of why there is violence. The world leaders of our day seem to place the blame of much of man’s ills on climate change and other cultural concerns instead of taking responsibility to seek out the truth of issues. This article is not looking to take a political position on these hotly debated topics but rather to make the point that right questions need to be asked. Man seems to have his version as to why there is blame being passed all around. God can summarise the issue in one word, SIN. What is the bottom line issue when speaking on the subject of The Blame Game? It all comes down as to whether we take personal responsibility for our actions.

Therefore, just as through one man sin entered the world, and death through sin, and thus death spread to all men, because all sinned — (Romans 5:12).

The first Adam disobeyed God’s commandment and as a result sin came upon all men. Adam did not take responsibility for his transgression when confronted with truth but sought to transfer the blame unto both Eve and God. In his mind, he was not to blame. We can never get to the root issues of sin in our lives when we point the blame elsewhere.

And even now the ax is laid to the root of the trees. Therefore every tree which does not bear good fruit is cut down and thrown into the fire (Matthew 3:10).

Can you see this same spirit at work today in our fallen world? It is always someone else’s fault. It is also a pattern that is laced throughout all of scripture.

For He made Him who knew no sin to be sin for us, that we might become the righteousness of God in Him (2 Corinthians 5:21).

Jesus willingly assumed responsibility for the sin of mankind. He took our punishment and blame even though He was not guilty. What a contrast this is to what we see with the first Adam. (When speaking of the first Adam we are also speaking of ourselves) This is what characterises a true priesthood. This is a ministry that willingly stands in the gap between God and sinful man. Daniel, Ezra and many other great leaders demonstrated this priestly quality.

We have sinned and committed iniquity, we have done wickedly and rebelled, even by departing from Your precepts and Your judgments (Daniel 9:5).

Daniel was not guilty in committing the sins seen in Israel, however he identified with them in his prayer. He took responsibility instead of playing the blame game. What about us?

Monday: Psalm 51:6
Behold, You desire truth in the inward parts, And in the hidden part You will make me to know wisdom.

Tuesday: Luke 23:41
And we indeed justly, for we receive the due reward of our deeds; but this Man has done nothing wrong.”

Wednesday: Matthew 7:3
And why do you look at the speck in your brother’s eye, but do not consider the plank in your own eye?

Thursday: 1 Samuel 25:24
So she fell at his feet and said: “On me, my lord, on me let this iniquity be! And please let your maidservant speak in your ears, and hear the words of your maidservant.

Friday: Ezra 9:6
And I said: “O my God, I am too ashamed and humiliated to lift up my face to You, my God; for our iniquities have risen higher than our heads, and our guilt has grown up to the heavens.

Saturday: Acts 7:60
Then he knelt down and cried out with a loud voice, “Lord, do not charge them with this sin.” And when he had said this, he fell asleep.

Sunday: Exodus 32:12
Why should the Egyptians speak, and say, ‘He brought them out to harm them, to kill them in the mountains, and to consume them from the face of the earth’? Turn from Your fierce wrath, and relent from this harm to Your people.

All scriptures are quoted from the New King James Version (NKJV).
By Pastor Timothy O’Connell