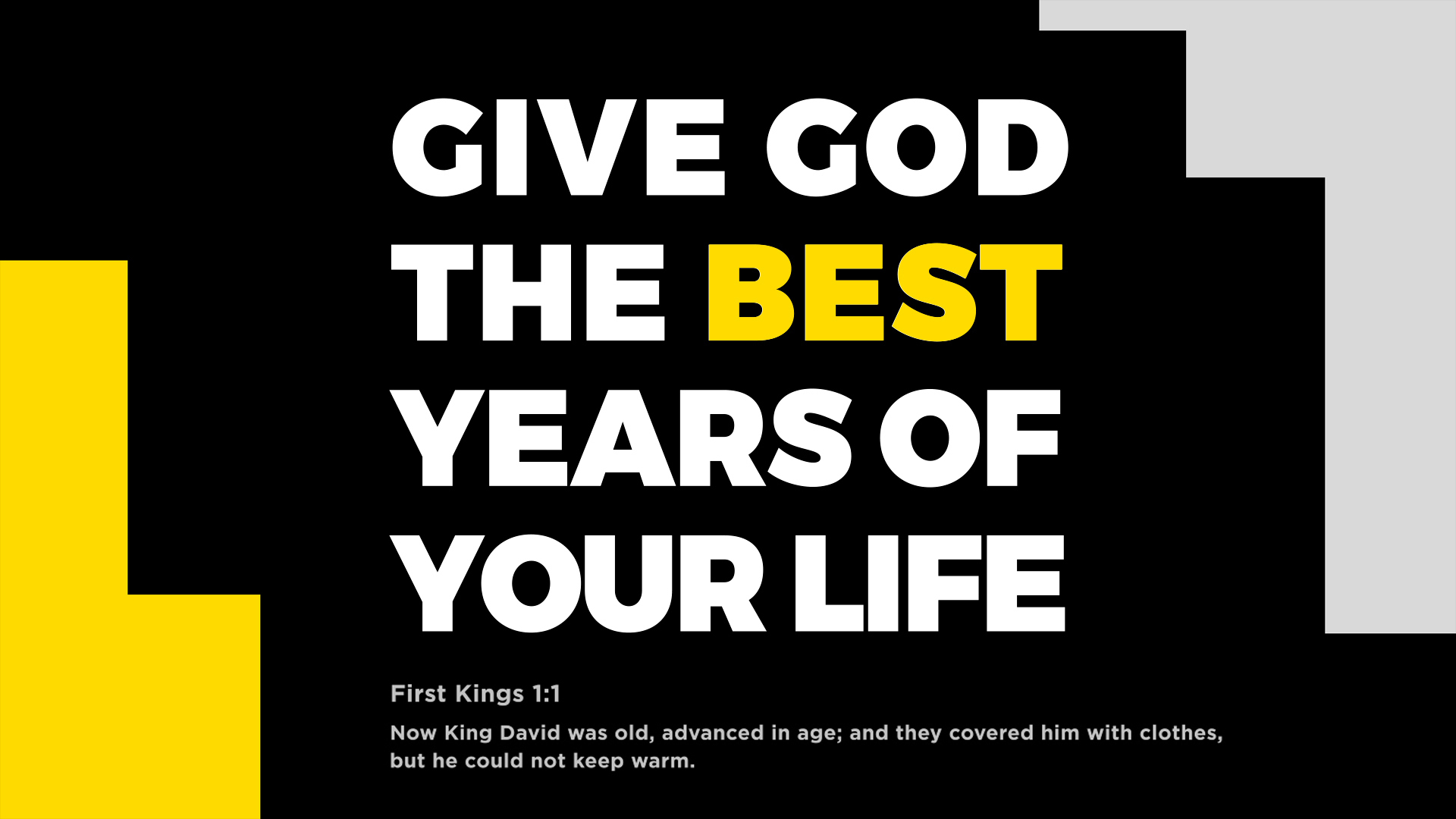 The book of First Kings opens with David, the great king of Israel, advanced in years and not at the peak of health. The once great fighter was no longer the fit person that he used to be. To keep him warm, he needed additional clothes. His royal servants even suggested that a nurse be sought to keep him warm. And they found Abishag, a Shunammite beauty to nurse him. Her role included just lying with him to keep him warm. Verse 4 specifically said that David did not have intimate relations with her. If such a beautiful girl, lying in his bosom, could not stir his passion for intimacy, it showed that David’s time was almost up. So the scene was set to have someone replace him on the throne.

In terms of health at old age, David was a marked contrast from Moses. According to Deuteronomy 34:7, at age 120, Moses was still strong and robust and his eyesight was still keen and sharp. But here in 1 Kings 1, we are given an image of a much weakened David. He could not withstand the cold despite having added clothes, and Abishag had to be sought to nurse and keep him warm.

What could be the reason for the difference? We know that they both had led very different lifestyles. In 2 Samuel, we saw how distracted David was. He was too caught up with the tryst he had with Bathsheba. After that, his energy was consumed in conniving a plot to trap and murder Uriah, Bathsheba’s husband, to cover up his sin of adultery with her. Although God had forgiven him, he still had to suffer much for the consequences of his sin. Moses on the other hand was more focused on serving God. He was not distracted like David. In his life, we can only trace one occasion that he disobeyed God, by striking the rock twice at the water of Meribah.

Whether we like it or not, our bodies will decline with age. This has been men’s experience since the fall of Adam. The fact that our body will decline as we age is a clear call for us to heed the counsel of  Ecclesiastes 12:1. We are to “Remember also your Creator in the days of your youth, before the evil days come and the years draw near of when you will say, “I have no delight in them”; The challenge is for us to give God the best years of our lives. As we seek to do that, let us pray by borrowing the words from a hymn by Thomas Hill.

Lord, in the fullness of my might,
I would for Thee be strong;
While runneth o’er each dear delight,
to Thee should soar my song.

I would not with swift-winged zeal,
On the world’s errand go;
And labour up the heavenly hill,
With weary feet and slow.

Monday – Ecclesiastes 12:6
Remember Him before the silver cord is broken and the golden bowl is crushed, the pitcher by the well is shattered and the wheel at the cistern is crushed;

Tuesday – Psalm 50:23
“He who offers a sacrifice of thanksgiving honors Me; And to him who orders his way aright I shall show the salvation of God.”

Wednesday – Matthew 6:24
“No one can serve two masters; for either he will hate the one and love the other, or he will be devoted to one and despise the other. You cannot serve God and wealth.

Thursday – Acts 13:36
For David, after he had served the purpose of God in his own generation, fell asleep, and was laid among his fathers and underwent decay;

Friday – 2 Timothy 1:12b
…I am not ashamed; for I know whom I have believed and I am convinced that He is able to guard what I have entrusted to Him until that day.

Saturday – 1 Peter 2:21
For you have been called for this purpose, since Christ also suffered for you, leaving you an example for you to follow in His steps,

Sunday – 2 Timothy 2:15
Be diligent to present yourself approved to God as a workman who does not need to be ashamed, accurately handling the word of truth.