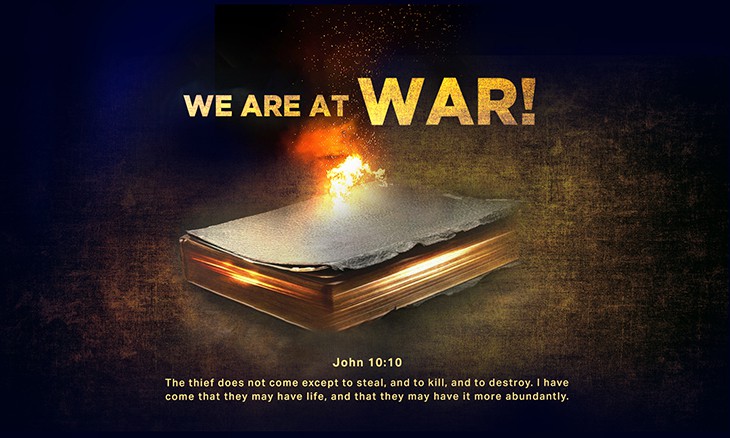 In recent weeks there has been an acute awareness of the battles that are confronting the world and church. The worldwide COVID crisis continues to take its toll whether directly or indirectly upon the populace. It does not seem to be abating anytime soon. At the same time, we are seeing an all-out assault on cultural morality, family values and our Christian faith. How is the church supposed to respond in the midst of these increasing attacks? Let’s consider a few points as to why we see these problems followed by possible solutions:

1. The Dangers of Passivity

Is it possible that the church may be responsible in ceding considerable ground to the enemies of God? This happens when we fail to share our Light and Testimony in our prescribed areas of influence. An added danger is thinking that we can be taken out of this evil environment at any moment and will not have to worry about the future consequences upon the earth. Regardless of one’s end-time theology this is not the appropriate attitude to have. A church and people who choose to be passive are not fit or ready for the battle that is before us. The modern church resembles the tribe of Ephraim in the Old Testament. They had the appearance of being ready but turned back when the day of battle arrived (Psalm 78:9-10). Meanwhile the enemy of our soul marches on in his eternal quest to plunder and destroy.

2. The Kingdom of Heaven Suffers Violence

And from the days of John the Baptist until now the kingdom of heaven suffers violence, and the violent take it by force. (Matthew 11:12)

Admittedly, this is not a typical devotional message but the battle is real and it must be discerned. It is important that we recognise this battle as being spiritual and that the Lord has provided weapons and a battle plan that will enable us to be effective. It is not a battle to be undertaken on our terms. Paul, when writing to the Corinthian and Ephesian Churches, spoke of the battle and the needed instruments of warfare that each believer must possess (2 Corinthians 10:4, Ephesians 6:12-18). They are not natural or common weapons due to the nature of the battle that is before us. For now, it is important that we recognise and respond to the battle cry sounding forth.

Then David spoke to the men who stood by him, saying, “What shall be done for the man who kills this Philistine and takes away the reproach from Israel? For who is this uncircumcised Philistine, that he should defy the armies of the living God?” (1 Samuel 17:26)

Goliath had been taunting and having sway over Israel for a seemingly endless period of 40 days. Day in and day out it was the same story until a young man, in a defining moment, took the battle to the enemy. He did not come in his own strength but in the authority of the name of the Lord of hosts. (1 Samuel 17:45)

Which of the two categories do you see yourself in? Which category defines Lighthouse as a church? Are we like Ephraim who looked the part but turned back in the day of battle? Are we like the men of Israel who gather for battle and look the part but stand paralysed in the presence of a Goliath? David took it personally when he saw God being mocked and ridiculed. Sadly, much of today’s church resembles Saul and the armies of Israel in the midst of these blatant attacks. The five stones in David’s arsenal represented the weapon that destroyed Goliath. God has placed a five-stone authority in the hands of the David’s of our day. We will examine these weapons and their usage in a later devotional. Will we rise up and respond like David or cower in fear in this defining moment? We are at War! 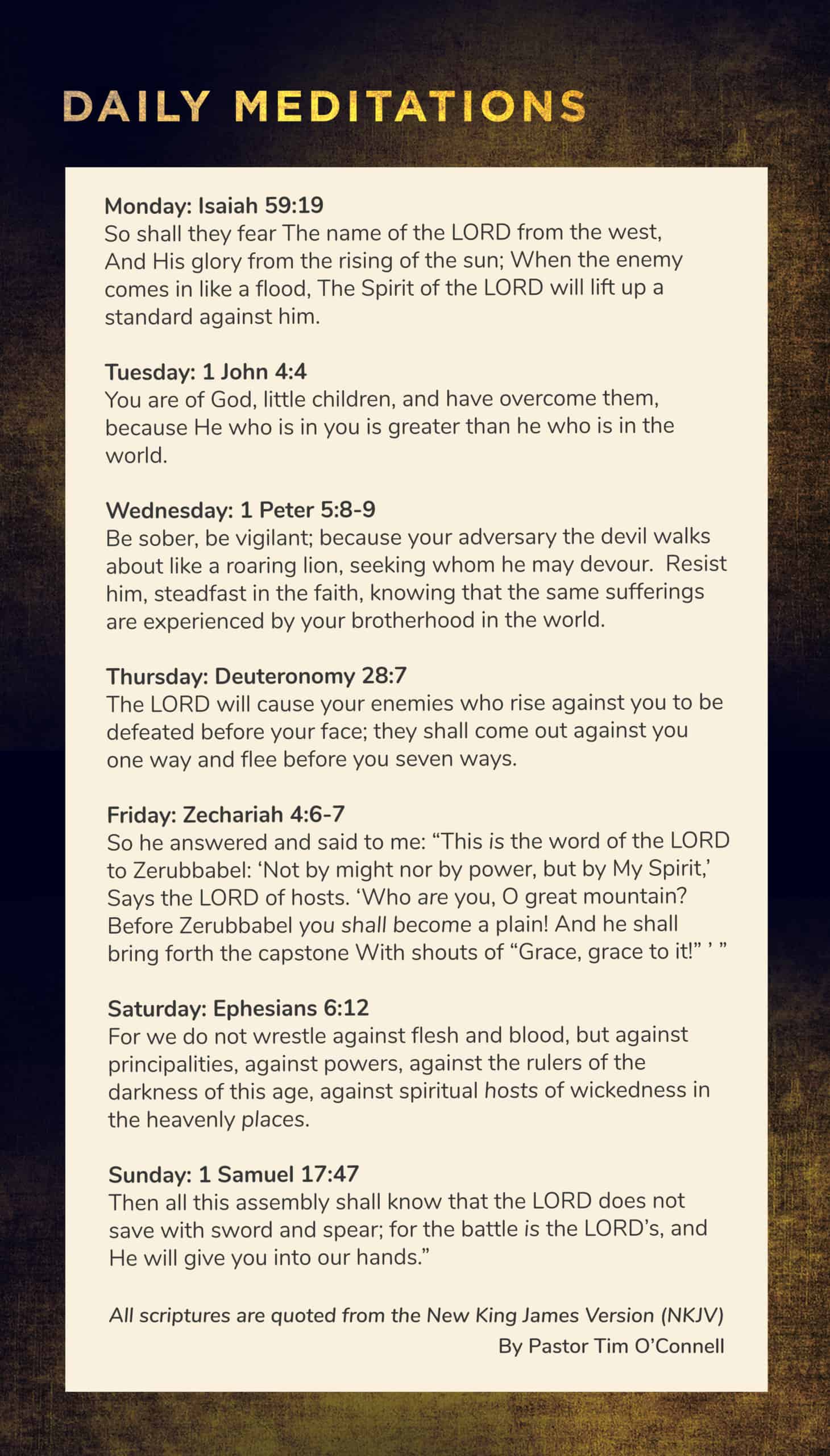