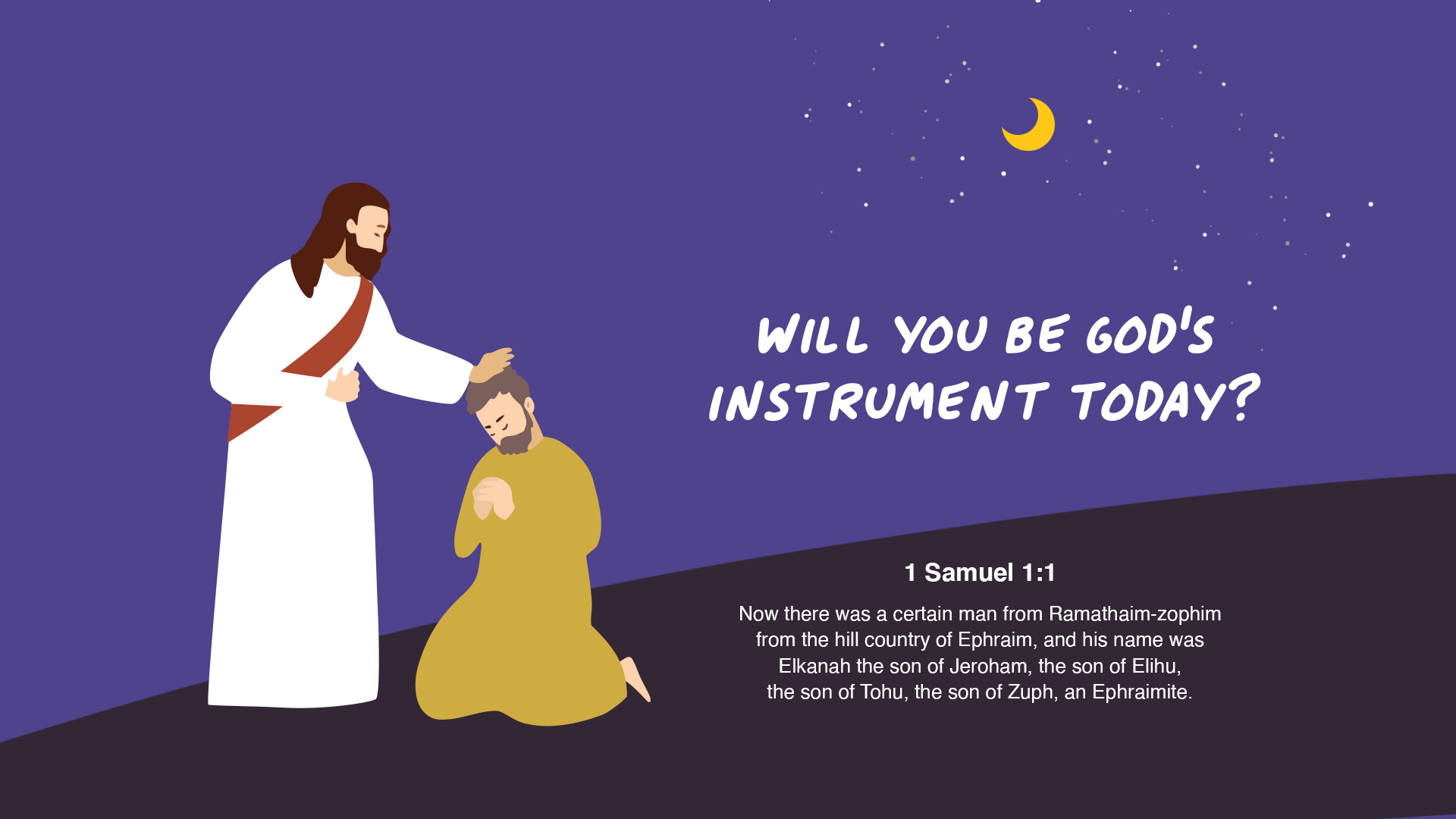 In the Book of 1 Samuel, the three significant characters are Samuel the prophet, King Saul the first king of Israel and of course the famous King David. However, there is one character in the opening of the book that deserves a little attention. He is none other than Elkanah.

To better understand the situation, we need to look at the backdrop of the book. The opening verses of 1 Samuel chapter 1 bring us back to the time of the Judges. Anarchy was probably the most appropriate word to describe the social condition of that time. That period would be approximately some 200 years after Joshua had brought the people of Israel into the promised land. Judges 21:25 tells us that, “In those days there was no king in Israel; everyone did what was right in his own eyes.” This tells us that Israel was facing a leadership crisis.

In such a setting, we see the emergence of the family of Samuel. His father was Elkanah meaning “God has created” or “God has taken possession.” He hailed from the tribe of Ephraim. He had two wives, namely, Hannah and Peninnah. Verse 1 indicates that they lived in the hill country of Ephraim in a place known as “Ramathaim-zophim.” Although Hannah was barren, Elkanah loved and favoured her more than Peninnah. The fact of Hannah’s barrenness was made known to highlight to us the unusual circumstances surrounding the conception of Samuel’s birth. It is set to point us to the mission that God had earmarked for him.

Notice that Samuel’s father, Elkanah, was referred to as “a certain man”, and that he was a man who worshipped God. The fact that he would go up to the sanctuary in Shiloh yearly, to worship and make sacrifices to the Lord in a time of social upheavals, this made him stand out when godlessness seemed to prevail in the society. First Samuel 1:3 briefly introduces us to the family of the high priest. Eli was the priest in charge, and he and his two sons Hophni and Phinehas were the priests at Shiloh who were appointed to serve God’s people.

Elkanah was singled out for mention during Israel’s dark time. He and especially Hannah, his favourite wife, were the unique vessels that God chose to use to bring change in a chaotic world. Through them, God brought forth Samuel the prophet. The lesson we learn is that no matter how bleak the condition God’s people may encounter, He still has a plan to bring change. All God needs is a person who will be loyal to him and is willing to be his instrument of change. The imperfect life of Elkanah points to us that God does not need a perfect vessel. All he needs is a willing vessel. He was that “certain man” who would be God’s catalyst to effect a change. We see that Elkanah and Hannah were willing vessels. Today, God is still looking for vessels in our day to effect change in our world. Are we willing to respond to His call to be the vessels He can use, to effect change in our world? Will we be like Isaiah, who says, “Here am I Lord, send me!”

Tuesday: Genesis 22:18
In your seed all the nations of the earth shall be blessed, because you have obeyed My voice.”

Wednesday: 2 Timothy 2:20-21
Now in a large house there are not only gold and silver vessels, but also vessels of wood and of earthenware, and some to honor and some to dishonor. Therefore, if anyone cleanses himself from these things, he will be a vessel for honor, sanctified, useful to the Master, prepared for every good work.

Thursday: Daniel 5:11
There is a man in your kingdom in whom is a spirit of the holy gods; and in the days of your father, illumination, insight and wisdom like the wisdom of the gods were found in him…

Sunday: Jeremiah 1:5
“Before I formed you in the womb I knew you,
And before you were born I consecrated you;
I have appointed you a prophet to the nations.”

All scriptures are quoted from the New American Standard Bible 1995
(NASB 1995).
By Pastor Clarence Goh