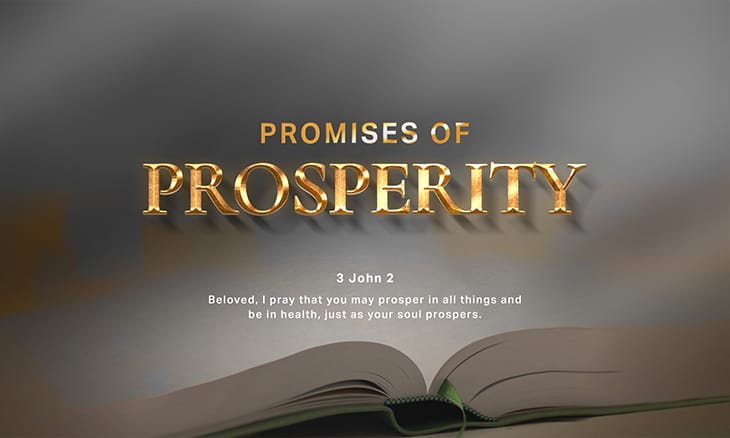 “I have experienced both poverty and prosperity in my long life,” an aged saint once said, “I think prosperity is much better.” It’s difficult to find a Christian who would disagree with him.

We often hear outspoken fundamentalists preaching against what they termed as “the prosperity Gospel”. Names of famous televangelists and pastors of megachurches are openly called out.

I don’t disagree that some of these preachers are indeed unethical in their fundraising and their lifestyles are extravagant and decadent. Some have even taken the theology of divine blessings, especially pertaining to the law of sowing and reaping, to an extreme.

In disgust, certain fundamentalists have reacted with fierce rebuttals, often strongly implying that there is no scriptural basis for us to believe God for financial blessing and that wealth is to be frowned upon.

I have heard angry statements by the so-called defenders of truth such as the following:

1. God doesn’t care how you feel or how well you do materially in this life.

Really? This is troubling. Haven’t they read the clear scriptural promises of material provision and blessings for God’s people? And to accuse Him of apathy towards us, His children, is a serious charge.

2. God doesn’t exist just to bless and prosper us.

We all know that. But that doesn’t mean He doesn’t want or haven’t made any promises to prosper us. He has and He is still true to His Word, even to the anti-prosperity preachers, as we shall see later.

3. Jesus didn’t even have a pillow to lay His head.

Christ made that statement when He was travelling from town to town. He certainly had a pillow to call His own in His home in Nazareth. In His evangelistic tour, are we foolish enough to believe that Martha and Mary didn’t provide Him with a comfortable pillow when He was staying with them?

Some fundamentalists try to portray the Lord in abject poverty in order to maintain their stance against prosperity preachers. This has been going on for over four decades.

Although the Bible says that Christ had become poor so that we could become rich, we must understand the context. The moment the Lord left His glory in Heaven to become a man, He could have been born in a palace and owned all the wealth of this world and still be considered poor, compared to His immeasurable riches He left behind. Notice He came to enrich us in every way.

On earth, Christ never accumulated wealth for He had no reason to do so. But He wasn’t poor either, compared to man’s standard in those days. He always taught that our Heavenly Father would provide fully (Matthew 6:33).

Recently, an investigative reporter discovered the unspoken wealth and prosperity of an anti-prosperity preacher who has been intensely vocal against prosperity preachers. She highlighted that this preacher has multiple streams of income and is the owner of three sizeable houses. Her contention is that he is living the same opulent lifestyle of the very people he severely criticised. In the first place, no one had taken issue with his God-given prosperity until he made it his mission to announce “the speck of sawdust in his brothers’ eyes”. Unfortunately, more controversy and confusion are being stirred up in the Body of Christ.

In order to cut to the chase, find the answer to this one paramount question: Did God clearly promise us provision and prosperity in His Word? How others have misused God’s bountiful supply is beside the point. They are accountable to God.

There are indeed numerous promises of prosperity in the Bible. The first chapter of Psalm portrays a healthy and wealthy believer who obeys God and shuns evil. He prospers like an evergreen tree without withering.

Psalm 1:3
He shall be like a tree Planted by the rivers of water, That brings forth its fruit in its season, Whose leaf also shall not wither; And whatever he does shall prosper.

Believe it or not, Christ extends material prosperity to His full-time ministers. In moments of discouragement as His inner circle of twelve gathered around Him, Peter asked, “What do we get by following You full time?”

We would have imagined that the Lord would reprimand him. Instead, what came out from Christ’s lips was both comforting and amazing.

Mark 10:29-30
So Jesus answered and said, “Assuredly, I say to you, there is no one who has left house or brothers or sisters or father or mother or wife or children or lands, for My sake and the gospel’s, who shall not receive a hundredfold now in this time—houses and brothers and sisters and mothers and children and lands, with persecutions—and in the age to come, eternal life.

The real issue regarding this subject is not whether prosperity is God’s will, but rather, if we could be faithful stewards without losing our heads and become intoxicated with mammon. Keep your balance and let the Lord bless your spirit, soul, body, and finance. 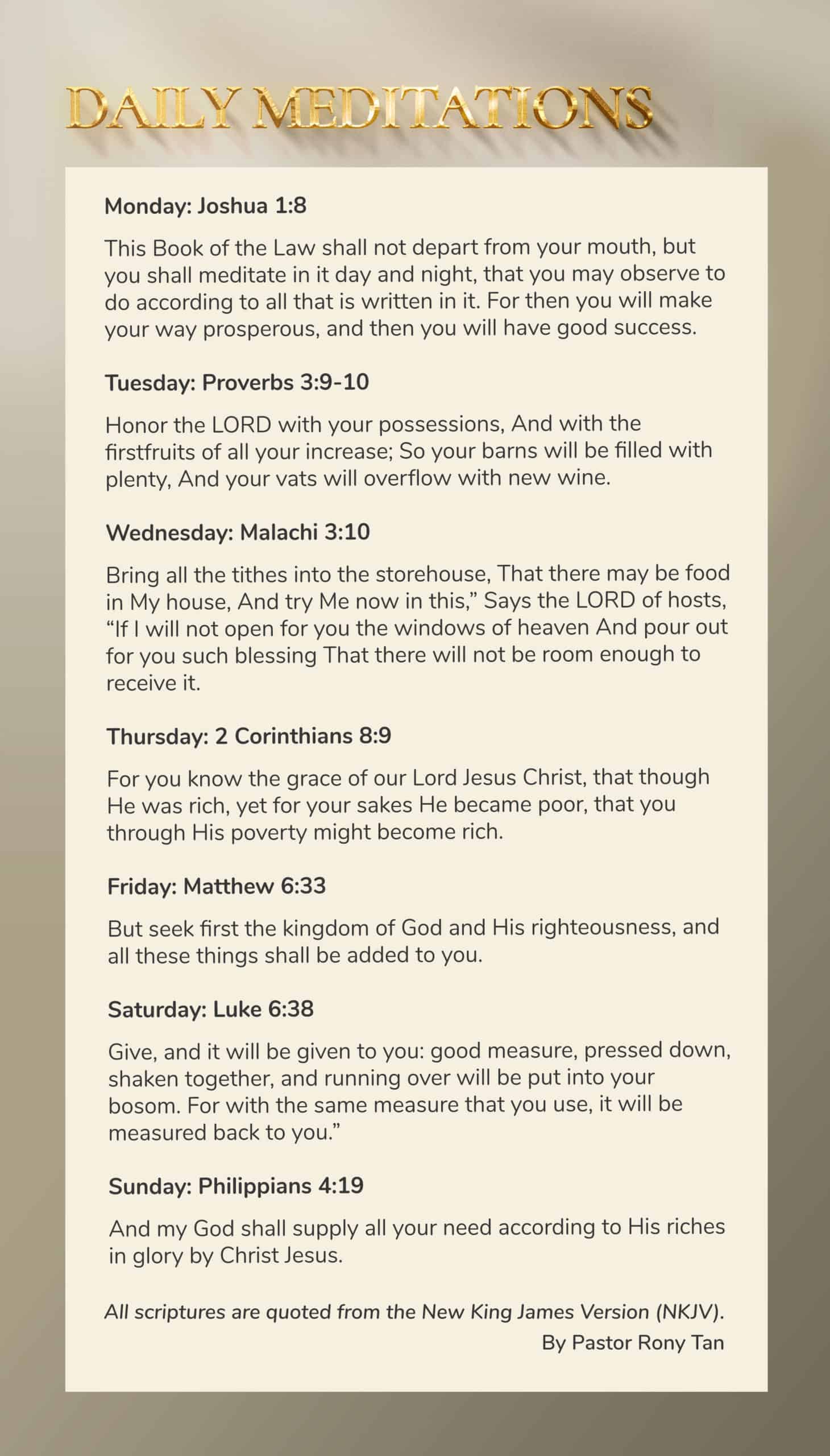