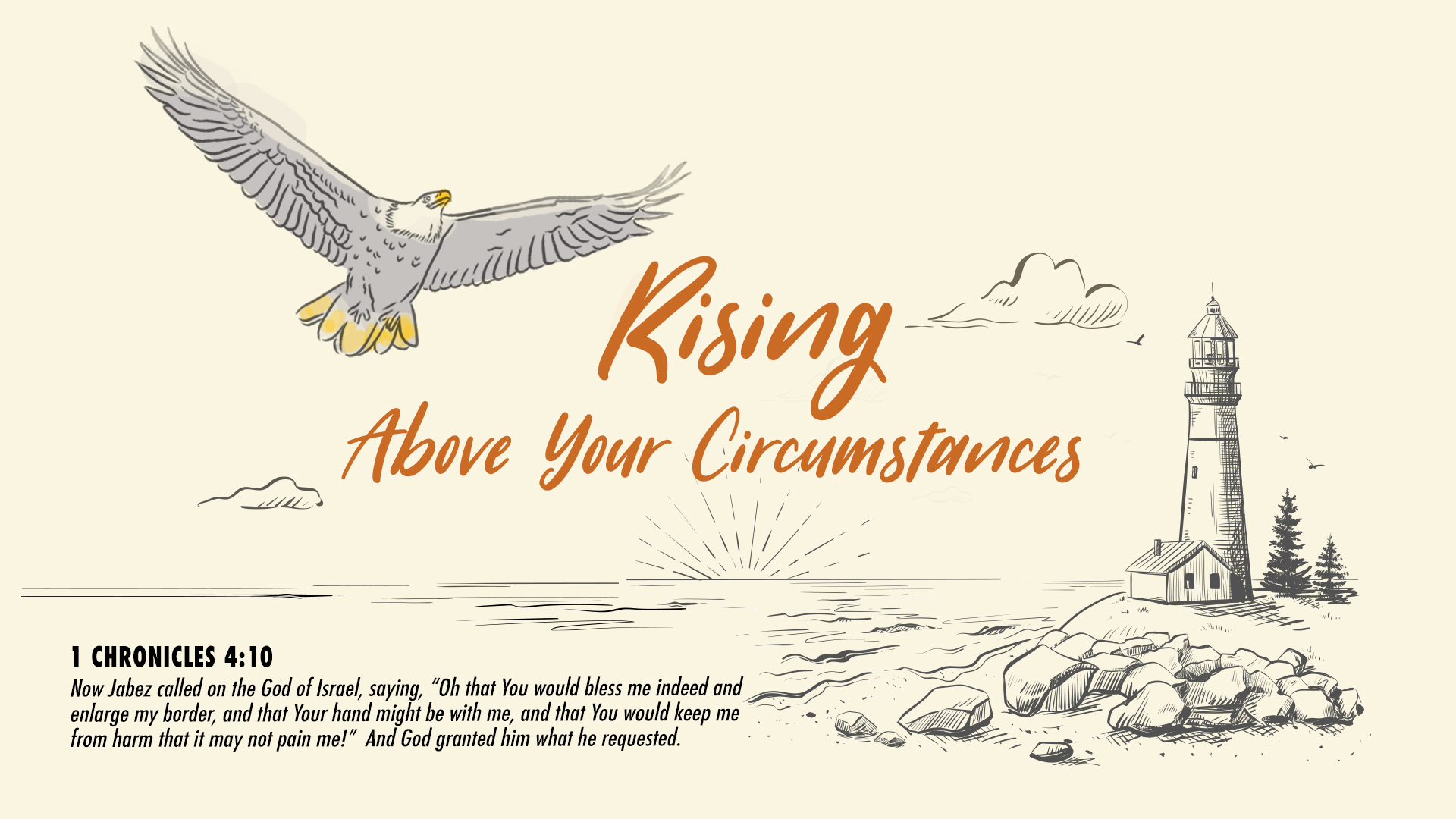 There is a little-known man in the Bible named Jabez. We read of him in just two verses of the Bible. Up until these verses in 1 Chronicles, we read name after name, with hardly any descriptions about the persons! Then suddenly the two verses, which commend Jabez as a man of honour, explain how he got his name, and record his prayer.  It’s like God is saying: pay attention, learn from Jabez. Scripture highlights three attitudes that helped Jabez rise above his circumstances.

1. Dissatisfaction with the Status Quo

Jabez means pain and he got that name because his mother experienced unusual pain at his birth. Imagine growing up being called “pain!” He must have been bullied and stigmatised. Since one’s name represented his future, Jabez faced a future of pain!

Change begins when we are dissatisfied! That’s not the same as discontentment. Nor is it grumbling and complaining, which God clearly does not want us to do (Philippians 2:14).

Being dissatisfied is knowing that you’re born for more and refusing to accept the status quo. It’s believing that God wants you to have more.

2. Desire for a Breakthrough

Jabez was not only dissatisfied; he desired a change. That’s why he prayed: “bless me indeed and enlarge my border…”

Jabez desired God’s blessings, His supernatural favour and unlimited goodness. Jabez knew that God is good by nature and He wants to bless us.  He wants to redeem what’s not good and make it good for us.  Praying shows that we trust in His good and generous nature!

Jabez also asked for enlarged borders. He wanted more land, more responsibilities, more influence.  He wanted to be stretched to his potential.

Why did God grant his request? To help Jabez fulfil his selfish ambition and boost his ego? No; God wanted Jabez to be a channel of blessings!  In His goodness, God wanted to touch and bless more lives by blessing Jabez.

Desire to stretch yourself and maximise your potential! But don’t do it for yourself; do it for the people that God wants to inspire and bless through your success.

3. Dependence on the Lord

Jabez was humble and realistic. He knew if God blessed him and enlarged his territory, he would not be able to manage his enlarged estate and increased responsibilities. That’s why he prayed, “that Your hand might be with me.”

God’s hand refers to His presence and power.  Asking for God’s hand to be with him was to ask God to manifest His power and accomplish supernatural results through him.

Dependence on the Lord makes all the difference. Depend on Him and call upon Him if you want to rise above your circumstances! Follow Jabez’ example – be dissatisfied with the status quo, desire for a breakthrough, and depend on God.

A farmer found a large egg and placed it under a mother hen. It soon hatched and the chick followed other chicks in hopping around and eating worms. It became unusually large, and it felt increasingly out of place among the chickens. One day an eagle came and called out to it. The large chick desired to fly like the eagle. But the other chicks said, “Chickens don’t fly!” However, the desire to fly grew. One windy day, the eagle came back. The large chick climbed up a cliff, leapt off and spread its wings. It caught the wind beneath its wings and began to soar. It was never a chicken, but always an eagle!

Be dissatisfied with the status quo, desire a breakthrough, and let the wind of the Holy Spirit help you to soar above your circumstances. 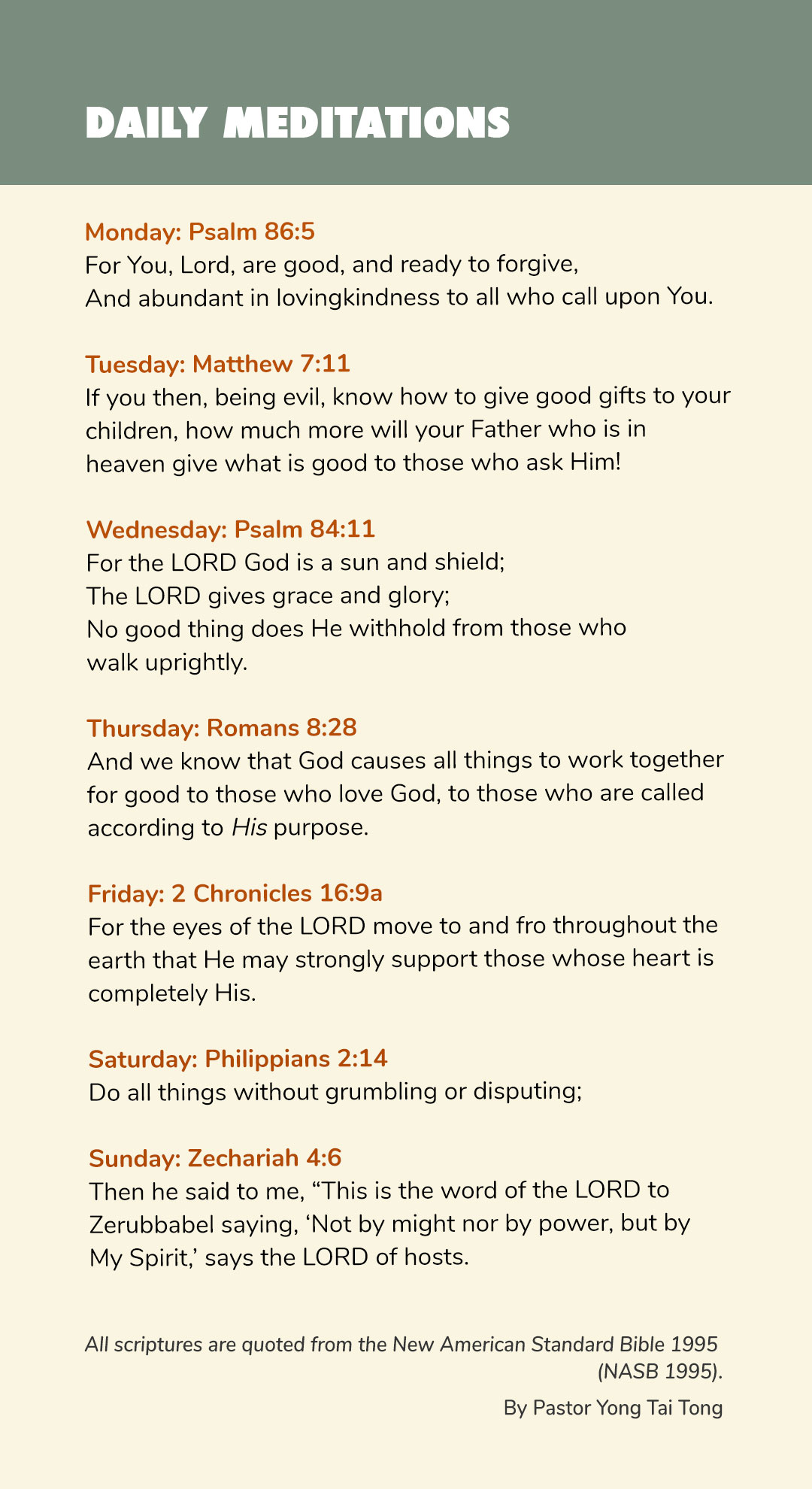