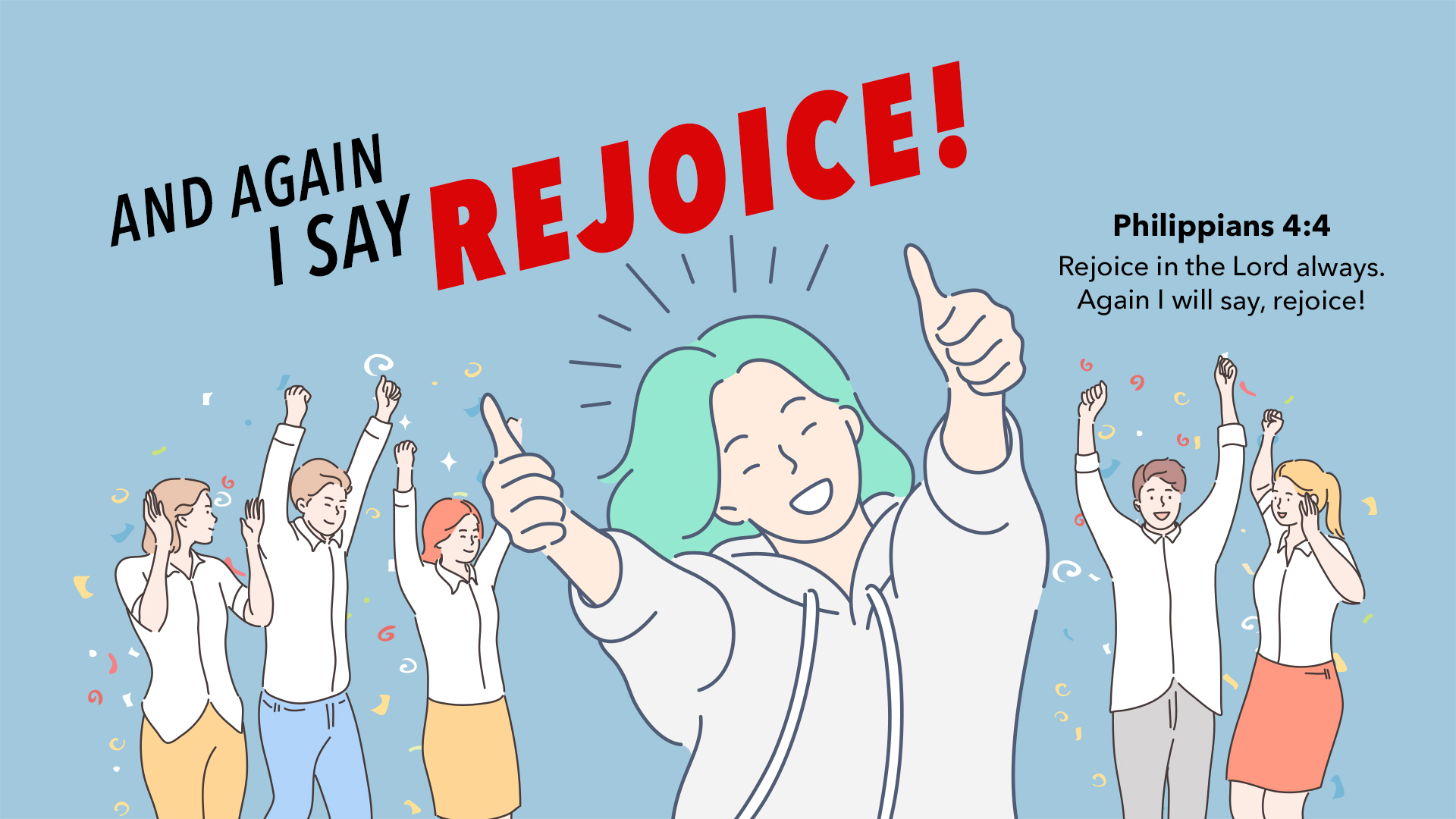 In recent weeks I have been apprehended on the theme of rejoicing. I have come to appreciate the power of rejoicing and the weapon it provides for believers. The Bible has many accounts where this is demonstrated. Please forgive me if I once again reflect upon older charismatic days but there are many songs from scripture on rejoicing that have been put to song. Let’s look at a few of them and see how we can benefit from this blessed exercise.

The scriptural instruction to rejoice is almost given as a command. This is due to its power and ability to neutralize and destroy the tactics of the enemy. Our adversary seeks to overwhelm the people of God through intimidation, fear and unbelief. His weapons and tactics are both lethal and effective. A rejoicing spirit is the perfect counter to his devices. No matter what you may be going through today, God is still on the throne and our praises to God serve as a powerful weapon. This verse was a common song that was sung in church services and conferences. It is time to “Shout, Shout for joy, for the Lord has given us the victory.

2. “Rejoice greatly, O daughter of Zion! Shout, O daughter of Jerusalem! Behold, your King is coming to you; He is just and having salvation, Lowly and riding on a donkey, A colt, the foal of a donkey.

In a few weeks time we will be celebrating the events in the lead-up to Resurrection Sunday. On Palm Sunday, the Lord entered into Jerusalem to the shoutings and rejoicing of the those who awaited Him. The Lord riding in on a donkey was not exactly the way they anticipated the arrival of their king. The above commandment to rejoice is also given to us. It’s critical that we be a rejoicing people in anticipation of the Lord’s soon coming return. Once again do you see the link of rejoicing and shouting out unto the Lord?

3. Sing to God, sing praises to His name; Extol Him who rides on the clouds, By His name YAH, And rejoice before Him (Psalm 68:4)

David understood the power of praise and rejoicing. Remember how David danced with all his might before the Lord as the Ark was being returned to Jersualem (2 Samuel 6:14)? If this is true with David concerning the return of the Ark how much for us as we await the return of the Lord Himself? The Lord is returning as a triumphant and victorious king and we have opportunity today to align with Him today through praises and rejoicing.

4. But at midnight Paul and Silas were praying and singing hymns to God, and the prisoners were listening to them. Suddenly there was a great earthquake, so that the foundations of the prison were shaken; and immediately all the doors were opened and everyone’s chains were loosed (Acts 16:25-26).

Paul and Silas had every reason to be subdued and discouraged yet they had the ability to pray, praise and rejoice in prison. What happened? God moved on their behalf as the earth shook and their chains began to break. It’s no wonder that Paul would give the command to rejoice and Praise God at all times (Philippians 4:4).

Did you catch how the Lord actually REJOICES over His people? Can you think of a more powerful dynamic; a time where the Lord comes alongside and praises and REJOICES amongst His own? I believe the Lord is calling us into such a rejoicing relationship.

Are we guilty of being silent and passive in the way we live for Christ? We live in a world that constantly seeks to quench anything related to God. It’s even becoming more difficult to sing and rejoice before God in public. May the Lord grant wisdom and boldness so that we be a people who learn to Rejoice before God wherever we may be. AND AGAIN, I SAY REJOICE!