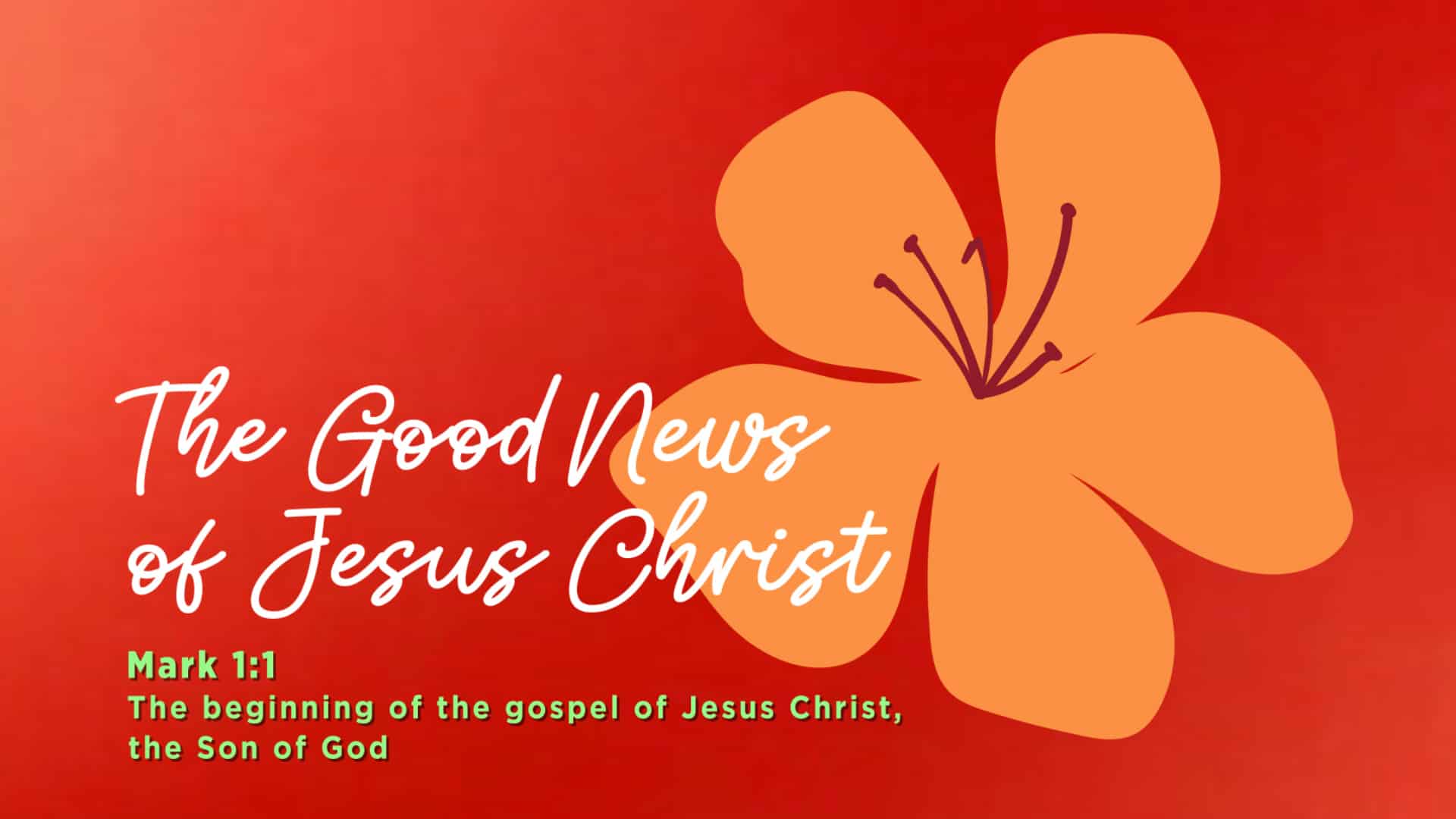 The four Gospels in the Bible are essentially biographies of the Lord Jesus Christ. They are accounts of His life, works, and mission. Three of them, namely Matthew, Mark and Luke, are known as the Synoptic Gospels because the narration bears plenty of similarities. But the Gospel of John is known as the spiritual Gospel because John wrote about the Lord from another perspective. He wrote to prove that Jesus is the Son of God to induce faith in Jesus, so that by believing in Him, one can have the eternal life that He came to offer. Our focus in this reflection is on the very first verse of Mark’s Gospel. He began his biography of Jesus this way — The beginning of the gospel of Jesus Christ, the Son of God.

This account by Mark was written by none other than John Mark himself, whose mother was a woman named Mary. He was the same person who went with Paul and Barnabas in their first missionary journey in Acts 12.  But midway through their journey, he abandoned the mission team (Acts 13:13). This abandonment precipitated a dispute between Barnabas and Paul when they decided to go for another mission. Barnabas wanted Mark on the team but Paul refused to take him along. So Paul and Barnabas parted company and each went on separate missions. But we know that later in life, Paul was reconciled with Mark. That accounted for Paul’s commendation of him in some of his epistles. This was the same John Mark who wrote the Gospel, according to Mark.

Mark’s opening verse, “The beginning of the gospel of Jesus Christ, the Son of God” is unique in the sense that it became the title of his book. It would be more appropriate to describe the gospel as good news, and this good news is about Jesus Christ. In earlier written secular literature, good and joyful news had to do with the birth of an Emperor or when an Emperor was enthroned. This good news, according to Mark, is about Jesus Christ, the Son of God. Mark did not talk about Christ’s birth. He only briefly narrated about His early life. But he went full throttle into narrating about Christ’s works in seeking and saving lost humanity. Jesus Christ is truly the good news. In reality, He is the only good news in our dark and fallen world.

The implication for us is this: This good news should impel us to do something about it. We are to spread it. All of us believers have received this good news that led to our conversion in Christ. And we all have made Him the Lord and Savior of our lives. In Him, we have received the unusual impartation of His peace and strength. Unless we have not truly experienced the wonders of the gospel, how can we resist sharing something so good and so wonderful? Let us share it readily, even more  so as the world celebrates this season of Christmas — It makes it easier for us to talk about Him. Have you shared about Jesus with somebody yet? Let us each share with one more person before 2022 closes.

Monday – Matthew 1:23
“Behold, the virgin shall be with child and shall bear a Son, and they shall call His name Immanuel,” which translated means, “God with us.”

Tuesday – Isaiah 9:6
For a child will be born to us, a son will be given to us;
And the government will rest on His shoulders;
And His name will be called Wonderful Counselor, Mighty God,
Eternal Father, Prince of Peace.

Thursday – Matthew 1:21
…His name Jesus, for He will save His people from their sins

Friday – Luke 1:32-33
He will be great and will be called the Son of the Most High; and the Lord God will give Him the throne of His father David; and He will reign over the house of Jacob forever, and His kingdom will have no end.”

Saturday – Isaiah 9:7
There will be no end to the increase of His (Jesus’) government or of peace,
On the throne of David and over His kingdom,
To establish it and to uphold it with justice and righteousness
From then on and forevermore.

Sunday – John 1: 4-5
In Him was life, and the life was the Light of men. The Light shines in the darkness, and the darkness did not comprehend it.