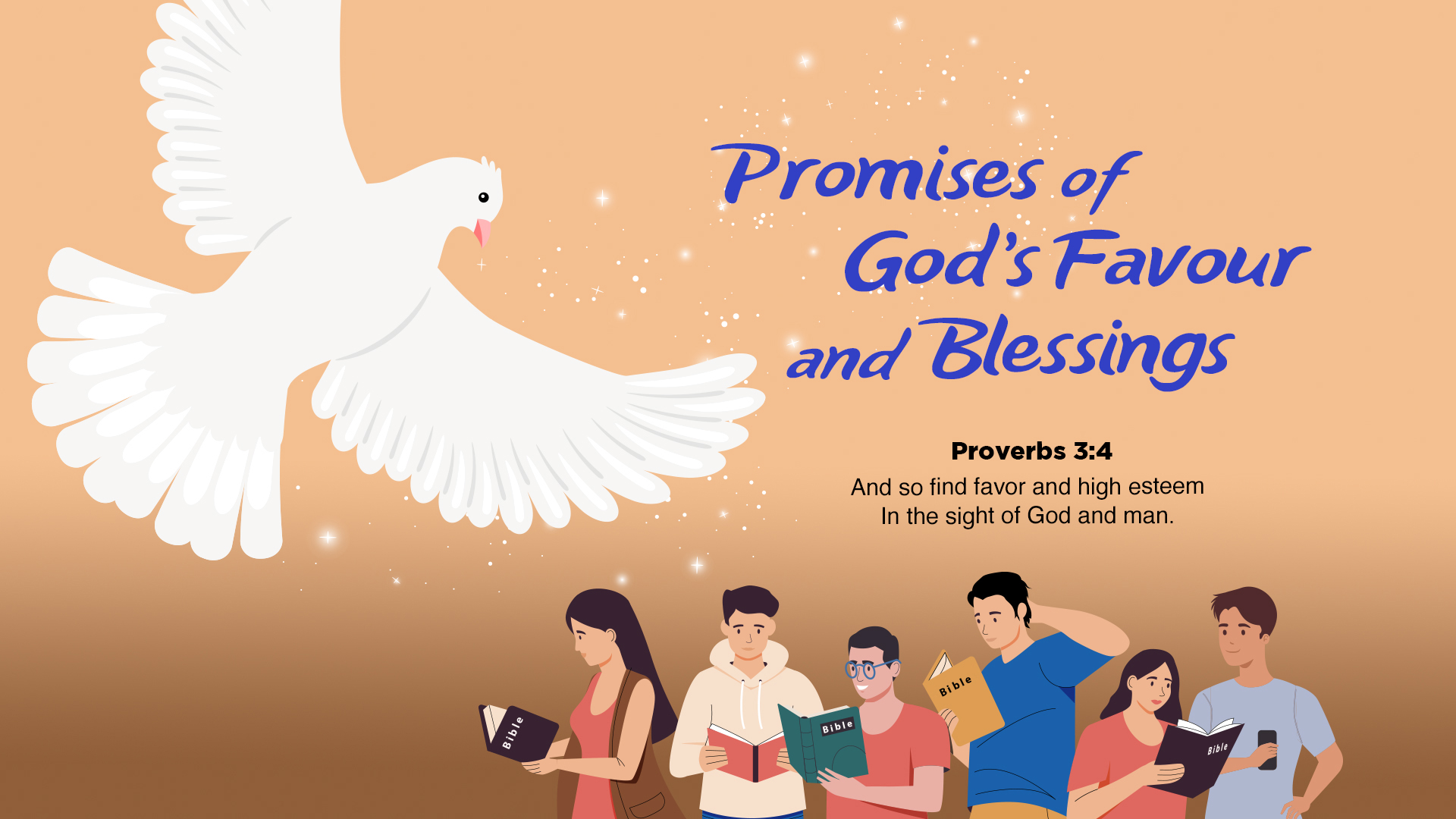 Abraham is a classic example of a recipient of divine favour and blessings. Let’s examine why and how he was so blessed by the Lord.

It’s important to note that Abraham wasn’t born a Jew in the first place as such a race didn’t exist when he was living in Ur as a pagan. In fact, he was a Chaldean who was estranged from God.

Then came God’s call upon his life. He and his family had to uproot and separate themselves from the idolatrous community and civilisation they were comfortable with all their lives and become nomads, a lifestyle that was despised by the civilised and cultured.

It was a very difficult and demanding call and probably, Abraham had a tough time persuading his wife. But the call came with staggering promises.

Genesis 12:2-3
I will make you a great nation;
I will bless you
And make your name great;
And you shall be a blessing.
I will bless those who bless you,
And I will curse him who curses you;
And in you all the families of the earth shall be blessed.”

That is how the great nation of Israel came into being and is still thriving against all odds today. God created a new nation of people out of a man who dared believe and trust Him. How honoured and favoured Abraham is!

Now the amazing thing is that those who are in Christ are sharing the same divine favour and manifold blessings of Abraham.

Galatians 3:13-14
Christ has redeemed us from the curse of the law, having become a curse for us (for it is written, “Cursed is everyone who hangs on a tree”), that the blessing of Abraham might come upon the Gentiles in Christ Jesus, that we might receive the promise of the Spirit through faith.

Just like Abraham, we Gentile believers are also a special people, yea even a holy nation that is filled with His marvellous light. As unbelievable as it may sound, we Christians all over the world belong to the same nation or kingdom — the Kingdom of God!

1 Peter 2:9-10
But you are a chosen generation, a royal priesthood, a holy nation, His own special people, that you may proclaim the praises of Him who called you out of darkness into His marvelous light; who once were not a people but are now the people of God, who had not obtained mercy but now have obtained mercy.

After all, in Christ, we are a new creation or new species, altogether different from our old selves before we were born again (2 Corinthians 5:17). And that sets us apart from the world.

As we learn to trust God more, we will find favour with Him and man.

Proverbs 3:4-6
And so find favor and high esteem
In the sight of God and man.
Trust in the Lord with all your heart,
And lean not on your own understanding;
In all your ways acknowledge Him,
And He shall direct your paths.

Scripture is replete of examples of those who dare believe God and are therefore highly favoured of God and man. The following are some of them.

Exodus 3:21-22
And I will give this people favor in the sight of the Egyptians; and it shall be, when you go, that you shall not go empty-handed. But every woman shall ask of her neighbor, namely, of her who dwells near her house, articles of silver, articles of gold, and clothing; and you shall put them on your sons and on your daughters. So you shall plunder the Egyptians.”

Daniel 1:9
Now God had brought Daniel into the favor and goodwill of the chief of the eunuchs.

Luke 1:28
And having come in, the angel said to her, “Rejoice, highly favored one, the Lord is with you; blessed are you among women!”

I’m sure Abraham was the role model for all these Bible heroes in terms of acquiring faith and obedience that leads to having favour with God and man. It’s astonishing that even Christ Himself, when He was growing up on earth, had to learn faith and obedience.

Hebrews 5:8
though He was a Son, yet He learned obedience by the things which He suffered.

Luke 2:52
And Jesus increased in wisdom and stature, and in favor with God and men.

Remember: Abraham was an unbelieving pagan who had no spiritual standing with God at all. In fact, he was a lost soul.

But as soon as he heard of the way to relate to God in faith and obedience, he believed and responded. And in so doing, he was regarded by God as righteous.

Romans 4:3
For what does the Scripture say? “Abraham believed God, and it was accounted to him for righteousness.”

It wasn’t a passive belief. He acted on his faith. There were a thousand and one details he had to take care of in order to prepare his immediate family for the coming journey into the unknown. So by faith, he did what he had to do with the help of his family and then set off on what seemed like an odyssey.

That was when God declared, “Abraham, you are righteous in my sight!” Not only did the Lord imputed righteousness to his account, He also favoured and blessed him and his family richly.

What if Abraham had claimed that he really believed God but did nothing to take that journey? Then he would not be the founding father of Israel, much less the father of many nations. Nor would he be the father of faith. In fact, Abraham would continue to be a lost soul.

The secret of Abraham’s blessedness is found in how the Patriarch, who lived before the Law, responded to God in faith, and not in the complicated workings of the Mosaic religious laws which were later corrupted by the scribes and Pharisees who made it impossible for anyone to meaningfully relate to God.

Thankfully, Jesus came to the rescue. After His full redemptive works on the Cross, His offer of salvation, righteousness and blessings for “whosoever will” is like the initial call made to Abraham by the Lord. Anyone who believes and puts his faith in what the Lord has done will have God’s righteousness imputed to him.

2 Corinthians 5:21
For He made Him who knew no sin to be sin for us, that we might become the righteousness of God in Him.

Christ’s imparted or imputed righteousness makes it easier for us to live a practical righteous life. Then we will experience His favour and multiple blessings flowing to and through our lives, blessing us and others as well. 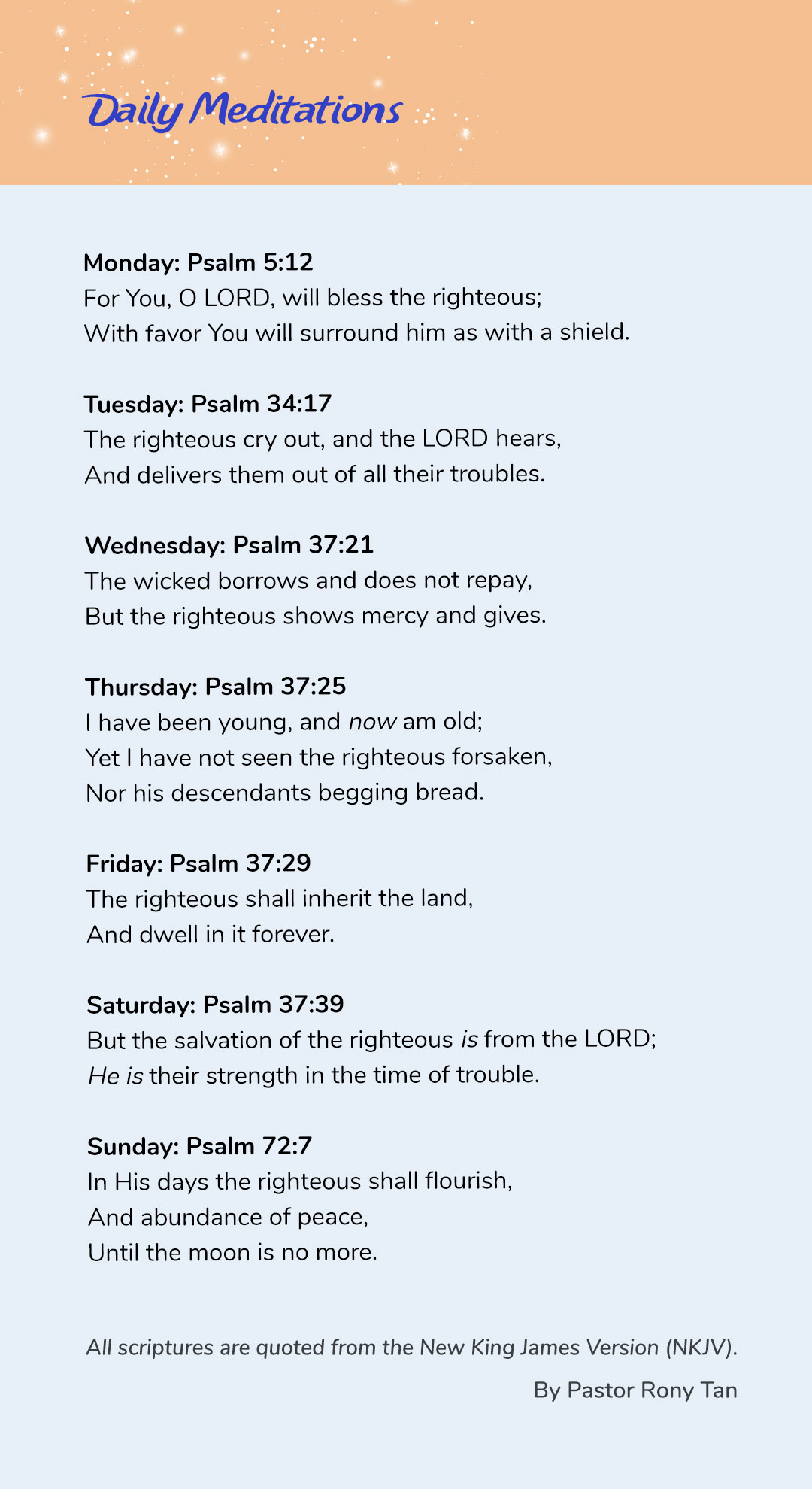