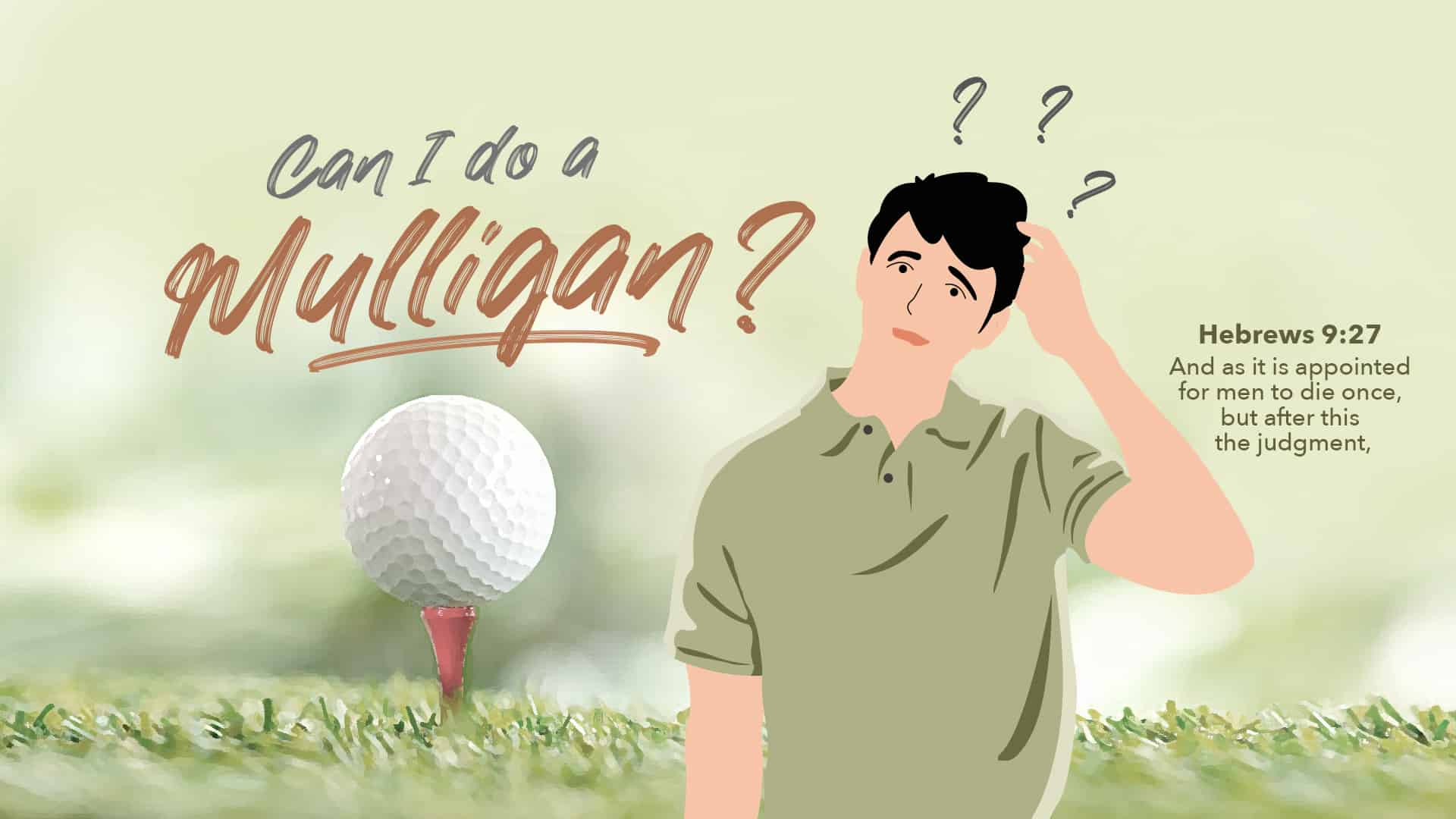 You may be wondering about the relevance the above title has concerning a devotional. A “mulligan” is a golfing term which allows a golfer a 2nd shot, without penalty, after a disastrous first shot from the tee. It’s not allowed in professional golf but employed at times in friendly matches amongst colleagues. How does this relate to our lives as Christian believers?

The Bible makes clear that our eternity is sealed once we pass the threshold of this life. We either will be with the Lord forever in heaven or eternally separated from God in hell. There is no “mulligan” or 2nd chance once we pass from this life. The question remains as to whether there are mulligans that can be appropriated in our lives while we yet have breath. Let’s consider this question by highlighting some scriptural examples:

Peter
But Peter said, “Man, I do not know what you are saying!” Immediately, while he was still speaking, the rooster crowed. And the Lord turned and looked at Peter. Then Peter remembered the word of the Lord, how He had said to him, “Before the rooster crows, you will deny Me three times.” So Peter went out and wept bitterly (Luke 22:60-62).

This had to be one of the lowest times in Peter’s life. He failed the Lord in His greatest hour of need. Still, the Lord restored Peter and even though he failed at times, he was able to triumph and overcome at the end. Peter was given other opportunities and he responded well, enabling him to be one of the prominent leaders of the early church. Do you feel like you failed the Lord and forfeited any chance to be the person God has called you to be? Peter was restored due to learning to respond well through adversity.

The Potter’s House
And the vessel that he made of clay was marred in the hand of the potter; so he made it again into another vessel, as it seemed good to the potter to make (Jeremiah 18:4).

Perhaps you see yourself as that vessel that is marred and broken. In learning to yield our lives into the hand of the Master Potter, our vessel can be refashioned and made whole. The key is to be pliable and open before our Master. Peter responded rightly in all of his trials which allowed him to be a vessel that the Lord could restore and use. It is clear that God is a God of 2nd chances provided we heed and respond well to his overtures of love and guidance.

Israel at Kadesh Barnea
But they presumed to go up to the mountaintop. Nevertheless, neither the ark of the covenant of the LORD nor Moses departed from the camp (Numbers 14:44).

Though God is Long-Suffering and Merciful, He limits a day when there may no longer be an opportunity for a 2nd chance. Israel discovered this to their horror on that fateful day when they presumed to do what God told them to do one day earlier. They missed God by one day! (Numbers 13:31). Think for a moment of the eternal regret of not obeying God on that day when they were told to possess the land.

The House of Eli
Also the ark of God was captured; and the two sons of Eli, Hophni and Phinehas, died (1 Samuel 4:11).

The priesthood of Eli were casual in the way they handled the presence of God. God afforded Israel many 2nd chances but there came the day when the priesthood of Eli and his sons presumed upon God for another deliverance (1 Samuel 4:3-5). There was no more chances resulting in the death of Eli and his two sons. Worse still, was the loss of the Ark of the Covenant for Israel, which speaks of the presence of God.

This devotional is meant to provide hope to those who feel the need for a 2nd Chance. God goes to great lengths to provide opportunities to become a restored vessel through His capable hands.

This devotional is also meant to serve as a warning. In the two examples above, you see the common denominators of presumption and the Ark of the Covenant. In other words, there was a casualness regarding the stewarding of God’s presence. God is a God of the 2nd Chance but He is also the God who limits a day. We are living in exciting and sobering times.

Again He designates a certain day, saying in David, “Today,” after such a long time, as it has been said: “Today, if you will hear His voice, Do not harden your hearts” (Hebrews 4:7). 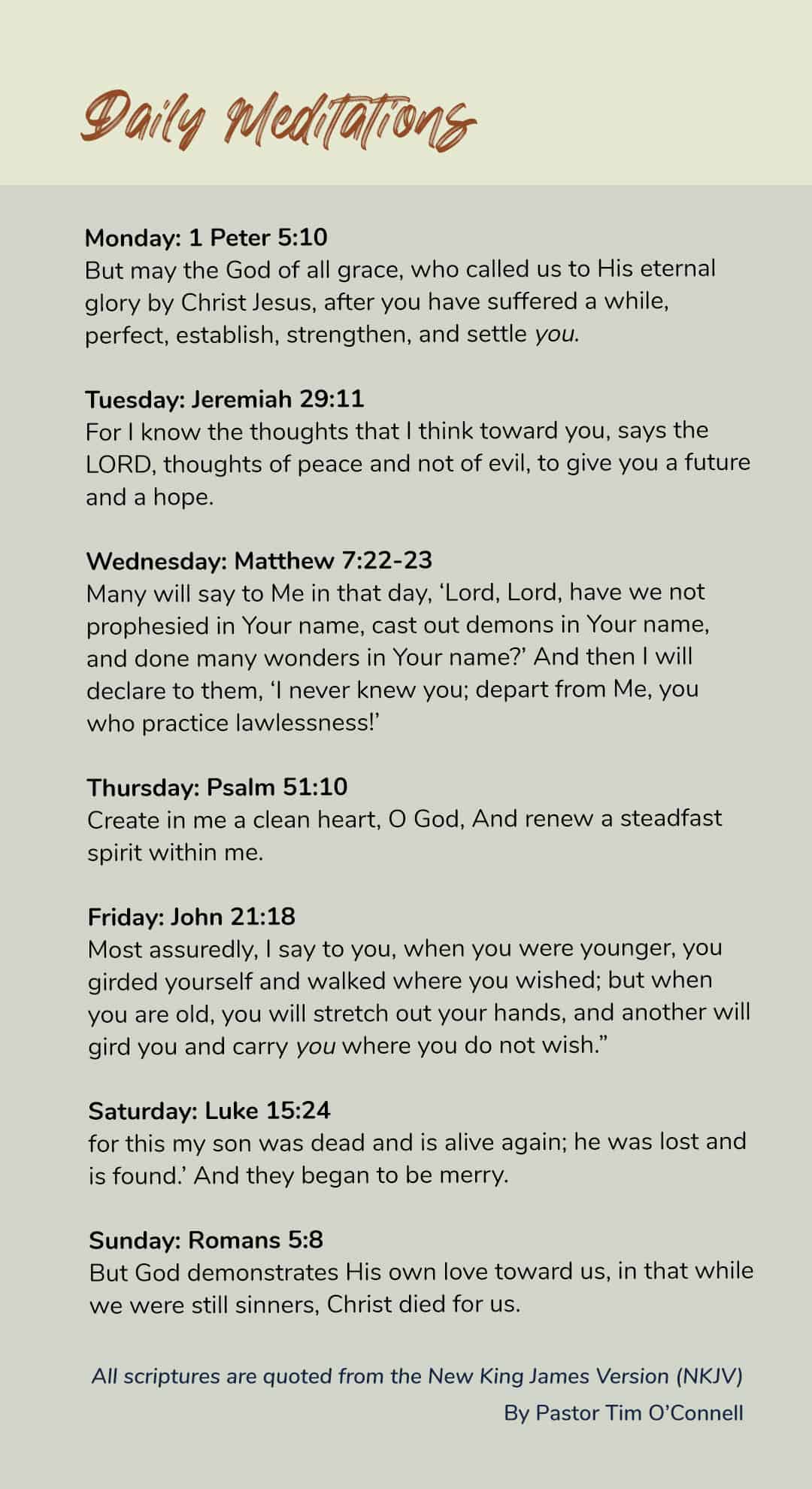