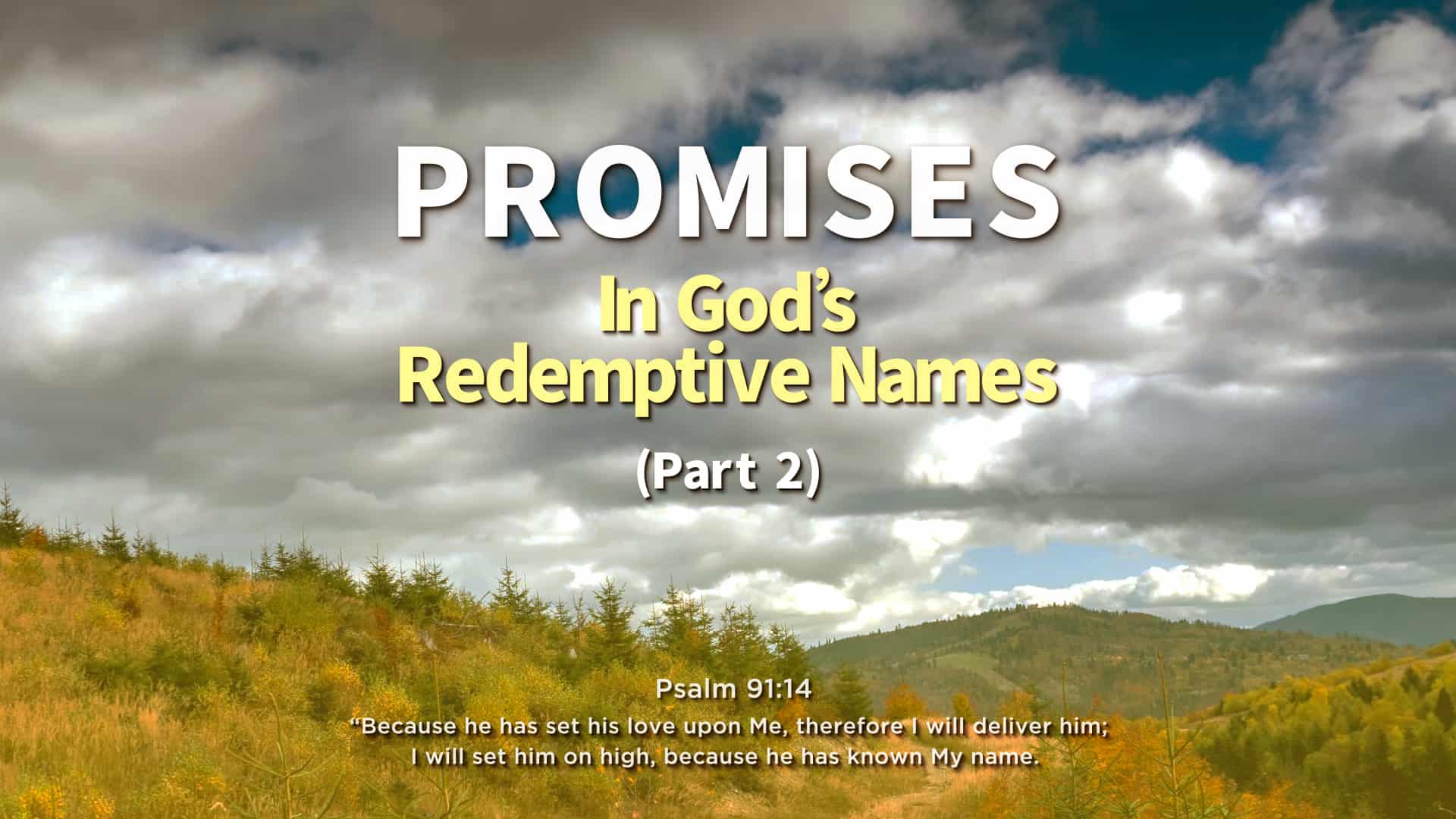 Genesis 22:14
And Abraham called the name of the place, The-Lord-Will-Provide; as it is said to this day, “In the Mount of the Lord it shall be provided.”

What Abraham needed in that moment of anguish was a sacrifice that would meet God’s strict requirements for sin to be forgiven. In that dispensation, no one knew what it was, not even the Father of Faith.

However, God didn’t require Abraham to sacrifice his son Isaac, instead His only begotten Son would be the once-and-for-all sacrifice for humanity which was foreshadowed by a ram provided by God.

4,000 years later, the real Lamb of God gave His life for us on the same mount where the ram bled and died. This is when our full redemptive rights were ratified.

In regard to God’s goodness and abundant provision, the Apostle Paul asks a provoking question which has been calculated to arouse our faith to trust Him more.

Romans 8:32
He who did not spare His own Son, but delivered Him up for us all, how shall He not with Him also freely give us all things?

Although King David was under the Old Covenant, he discovered in his later years that God’s generosity and provision even extend to the next generation of the righteous.

Psalm 37:25-26
I have been young, and now am old;
Yet I have not seen the righteous forsaken,
Nor his descendants begging bread.
He is ever merciful, and lends;
And his descendants are blessed.

During this perilous time, many parents are deeply anxious about the future of their children. Developing our faith in the Lord and covering our loved ones in constant prayer would yield far better results than worrying.

Let’s honor God by believing His Word and He will honor us by making it good. Remember: the Lord is not a man that He should lie. His promises are yea and amen.

Exodus 17:15
And Moses built an altar and called its name, The-Lord-Is-My-Banner;

This incident happened immediately after Moses and the Israelites triumphed over their deadly enemies, the Amalekites. It was a supernatural victory but not without the co-operation of Moses and two of his leaders.

Moses’ hands, upheld by Aaron and Hur, had to be raised up all the time while the battle was raging so that the Israelites had an advantage over the enemies. That was how the Israelites prevailed.

Colossians 2:15
Having disarmed principalities and powers, He made a public spectacle of them, triumphing over them in it.

At the Cross, Christ defeated Satan for us and gave us authority over his power (Luke 10:19). However, the delegated authority must be enforced before it takes effect. That means we have to act upon it and take authority over the devil by faith.

1 John 5:4
For whatever is born of God overcomes the world. And this is the victory that has overcome the world—our faith.

Should we sense a demon that tries to assail our minds with unsavory thoughts and suggestions, we must not hesitate to take authority and rebuke him by saying, “Demon, I reject that thought in Jesus’ name!” That’s how we triumph over our unseen enemies, Satan and his cohorts.

Jeremiah 23:6
In His days Judah will be saved,
And Israel will dwell safely;
Now this is His name by which He will be called:
THE LORD OUR RIGHTEOUSNESS.

The leaders of Israel were being rebuked by God for failing to shepherd the people in righteousness. They were terribly corrupt and evil and the sheep were neglected and mistreated.

Then God revealed that the coming King, The Lord Our Righteousness, would arrive and appoint righteous shepherds over His people. Obviously, the Chief Shepherd is Jesus Himself.

Consequently, we now have the redemptive right of imputed righteousness from Christ. Just like Abraham, we are counted righteous because of our faith in Christ.

2 Corinthians 5:21
For He made Him who knew no sin to be sin for us, that we might become the righteousness of God in Him.

It’s easier to practice righteousness when we are assured of the Lord’s positive view of us, i.e. He sees Christ’s righteousness covering us. And God favours the righteous.

Exodus 15:26
and said, “If you diligently heed the voice of the Lord your God and do what is right in His sight, give ear to His commandments and keep all His statutes, I will put none of the diseases on you which I have brought on the Egyptians. For I am the Lord who heals you.”

If the Israelites who were in the Old Covenant were delivered out of bondage, laden with gold and silver and there was not one feeble person among their tribes (Psalm 105:37), then how much more, we who are in the New Covenant, should enjoy our redemptive rights of healing, good health and abundant life (John 10:10).

Matthew 8:17
that it might be fulfilled which was spoken by Isaiah the prophet, saying:
“He Himself took our infirmities
And bore our sicknesses.”

1 Peter 2:24
who Himself bore our sins in His own body on the tree, that we, having died to sins, might live for righteousness—by whose stripes you were healed.

As we learn to appropriate our full redemptive rights, we will realise that every area of our lives is taken care of by the Lord. We will also discover that indeed Christ is all we need.

Christ is the answer to all my longings. I used to sing that glibly; but not anymore. I have seen many years, trials and troubles and how God has preserved me (Psalm 16:1).

Let me be bold to add one more name to God: THE LORD IS MY ALL-IN-ALL!

Tuesday: John 14:27
Peace I leave with you, My peace I give to you; not as the world gives do I give to you. Let not your heart be troubled, neither let it be afraid.

Thursday: Psalm 34:10
The young lions lack and suffer hunger;
But those who seek the Lord shall not lack any good thing.

Friday: 1 Corinthians 15:57
But thanks be to God, who gives us the victory through our Lord Jesus Christ.

Saturday: Romans 4:3
For what does the Scripture say? “Abraham believed God, and it was accounted to him for righteousness.”

Sunday: Psalm 103:3
Who forgives all your iniquities,
Who heals all your diseases,

All scriptures are quoted from the New King James Version (NKJV).
By Pastor Rony Tan